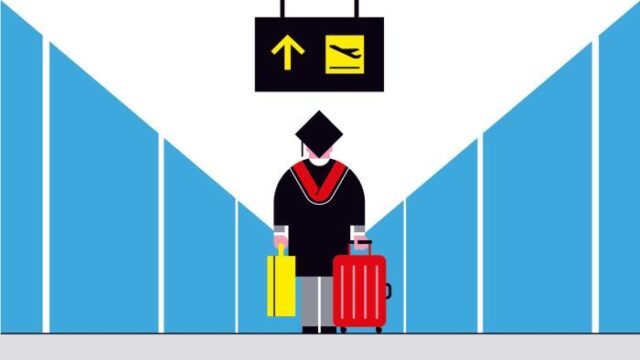 As of 2013, reports from the United States said that there were over 2 million Indian-born immigrants in the country. If we include Americans of Indian descent, this number comes up to 4 million. 2015 reports from the UK also paint a similar picture. The data says that over 7.4 lakh Indians now live in the UK.

Okay. Here’s a fact to get you started on this article:

‘The Current rate of Unemployment in India is the highest in the last 20 years.’

For a developing country that India is, increasing unemployment rate is indeed one of the biggest concerns. According to the Centre for Monitoring Indian Economy (CMIE) research report, 11 million jobs were lost in 2018 alone, which pushed the unemployment rate higher. The State of India’s Environment (SoE) 2019 also expressed concern about the unemployment rate has become twice in the last two years. That is an increase of 4% to 7.9% from May 2017 to April 2019.

Despite India being one of the largest growing economies, job creation opportunities are still amiss. And it’s not the lack of educational skills because of which people are unable to find a job. India has the highest number of educated unemployment, which means the people who have enough knowledge, skills, and expertise are bereft of employment opportunities.

There are qualified graduates, post-graduates, and even Ph.D. degree holders who do not have jobs as per their skills. Our labor market has 55 million people who have their graduate degree, of which 9 million are unemployed. Most of the Indians who get a job don’t get enough wages. They work for hours and receive payment in peanuts. Even after getting degrees from renowned universities and paying a huge amount of fees, they end up earning a salary equivalent or lesser than the labor class.

The scenario is worst for engineers. India has thousands of engineering colleges and universities offering varied courses for all fields of engineering. The 4-year program sucks away a student’s time and money, and yet they are deprived of all the employment opportunities. 80% of engineers have to work on a package lesser than 1.5 lakhs per annum. Aren’t the numbers horrifying?

Employment experts and education ministers in India have often expressed their concerns over the education system. Some have changed the curriculum and some are still talking about changing the scenario soon.

But here’s what we all know: Acche Din Won’t Come

Unemployment is a result of lousy schooling. India’s education curriculum is all about getting marks. An Indian professor’s responsibility is to cover the entire syllabus prescribed by the University. This leaves no or little time for debates, discussions, and real-time practical classes. There is no leeway to what is taught, how the education is imparted, and how it is evaluated. India also has a lack of resources to have a project-oriented system. So, we go for the lectures, notes, and paper-based examination.

People can get all the education they want, but if they are not taught practical skills, nobody will hire them. Ironically, only 55% of college students are employed and arts- commerce graduates are only 30% employed. It is easy to get a temporary job but much tricky to get a stable, permanent one.

A lot of people express their concern over Indians moving abroad. A wide number of qualified graduates, Engineers, Doctors, and professionals from all the fields are choosing UK, USA, and Germany instead of staying in India.

Do I have to explain why they are doing so?

It’s because of the limited employment and growth opportunities in India. Why would people move away from their land if it offered them a decent chance to make a living?

Countries like UK, USA, Canada, and Germany are almost every Indian Graduate’s dream, destination because in there, they have the chance to live a better life.

Also read: Is it Worth Coming on Job Seekers Visa, Germany?

In the last decade, the Brain drain from India is happening at an alarming rate. India continues its trend of being one of the top countries for the immigration of engineers and scientists and entrepreneurs too.

Why a lot Of Indian Graduates are Moving to Germany?

Here again, the employment opportunities are the biggest reason. Even the graduate students in a German Country have plenty of work opportunities like internships, student jobs, part-time, and full-time employment. These jobs don’t only provide the students with financial support, but also valuable experience of a lifetime. Germany also has a large variety of family-owned business, companies that are known throughout the world for their precision, technical specialization, quality, and traditional operation.

They are offering wages ten times higher than the average salary of an engineer earning in India.

And it’s not only the paycheck that is attracting but the work-life balance too. Working hours are 8 am to 5 pm. That’s all it is. You don’t have to answer your boss’s phone in the middle of the night and rush to work whenever summoned. You can refuse overtime request, or do it by getting more amount. To top it all, you get 20 paid holidays per year. Plus, the sick leaves.

We all know how terrible India’s public healthcare system is. Public Healthcare in countries like Germany is not only advanced with first-class management but is affordable too. The healthcare system in Germany is funded by statutory contributions ensuring free healthcare for all. And yes, there are qualified doctors. You’ve to pay for healthcare insurance from your taxes, but this assures that you won’t go bankrupt if you fall ill or get into an accident.

You can’t miss talking about the quality of life in Germany. The standard of living is high but there’s a lot that can be included in this aspect. First of all, you don’t have to worry about waterlogging, electricity cut downs, traffic jams, and pollution. It all combines to a life every person deserves to live.

Even if you are a waiter here or driver or a security guard, you have respect. Nobody judges your profession. My professor used to be a waitress in a bar back in her twenties. She share many of her experiences. Imagine this happening in India? She would be frowned upon.

Yes, India is facing a major problem of Brain Drain. And people who are doing so are not less-patriotic than the ones who are staying in their homeland. These people are moving for a better lifestyle and better opportunities. Germany is not always the most preferred destination for Indians but it is still a favorite because acquiring a German Visa is indeed less troublesome than acquiring an American or British Visa. If you got questions regarding settling in Germany/USA, use the comment section below.

Scholarships Indian students can avail to studying in New Zealand

Careers for Women in Technology Companies Are a Global Challenge